In June of this year a German bank supervisor was 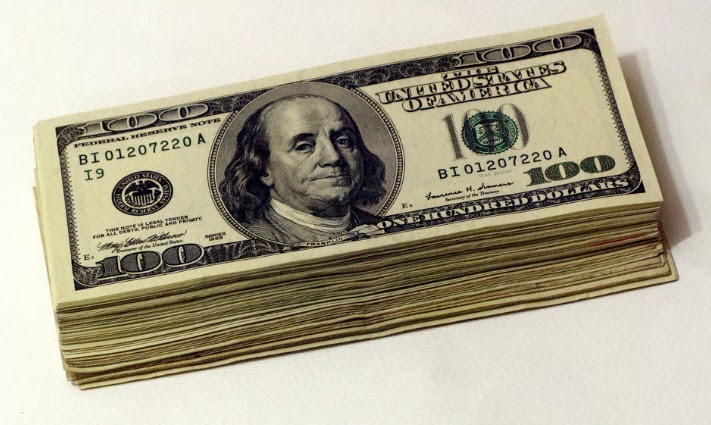 The bank clerk was supposed to be transferring the modest amount of 64.20 Euros ($86.65 US Dollars) when he fell asleep with his finger accidentally resting on the number 2 key.

What are the most common financial mistakes you can make in business and how can you avoid them?to spot the erroneous transaction.

Whether you’re working for an employer or you’ve set up on your own, it pays to know the pitfalls of business. While transferring millions of dollars by accident is unlikely to be something that happens every day, if you don’t tread carefully there are a whole host of things that can go wrong. Unfortunately these failures tend to be expensive.

If, like most of the world’s business people, you’d like to avoid going bust or getting fired, take heed of some of these aspects of your business before they cost you a small fortune.

Sounds boring doesn’t it? However poor management of data, leading to the loss of data, can cost a business thousands. In research published this year, the Ponemon Institute estimated that a data breach cost a global average of $136 for every record lost. In the US that figure is even higher, with estimates of around $188 per record on the cards. Imagine losing a data stick with hundreds of records on it – that’s a fair old chunk of change. If you lose data in a malicious or criminal attack the cost is even higher: a whopping $277 per record.

The way to combat this is to put extensive security in place when it comes to your data – whether it’s stored on paper or in a digital format. This means encrypting emails, ensuring computer protection is up to date and locking information away tightly, so only the right people have access to it.

There have been a variety of blunders throughout the ages when it comes to businesses – including the car dealership who mistakenly made everyone a winner in their scratch card mail-out. Force Events Direct Marketing based in Atlanta accidentally printed 50,000 prize winning scratch cards on behalf of Roswell Honda. Each had a jackpot of $1,000 rather than just creating a single lucky winner. Despite attempts to stop the direct mail, only 20,000 were caught in time – an epic failure that cost a great deal to put right.

Before you send your promotional material to the printers, or press send on that marketing email, make sure the details are correct. Is that 50% off supposed to be just 5%? It’s certainly worth double checking first.

Some forms of business insurance such as Professional Liability Cover are required by law depending on your location and your market sector so not having it in place could mean costly fines. Other insurances cover the cost of everything from an employee who is injured at work to injury caused by a product your organization has manufactured. Seek professional advice to ensure your business is covered adequately by its insurance policy. Before investing in a business policy you should look at “the day to day activities of you and your employees, your legal insurance requirements and potential risk areas” according to Money.co.uk. Many businesses either buy the wrong coverage or don’t have enough insurance – and they don’t find this out until it’s too late. For example, if they don’t realize their policy doesn’t cover them for legal settlements or paying an attorney’s fees. Not having the right coverage could be almost as expensive as having none at all.

While you might think some of these mistakes lack the common sense of most businessmen, they’re not as few and far between as you might expect. Don’t let a silly mistake cost you your job or your company.

If nothing else, keep the coffee pot well filled to ensure none of your colleagues fall asleep on their keyboards.

If you do happen to make one of these mistakes the cost you your job there is hope.  You can learn How to Survive If You Lose Your Job and Get Back on the Road To Finding A New Employment Opportunity.